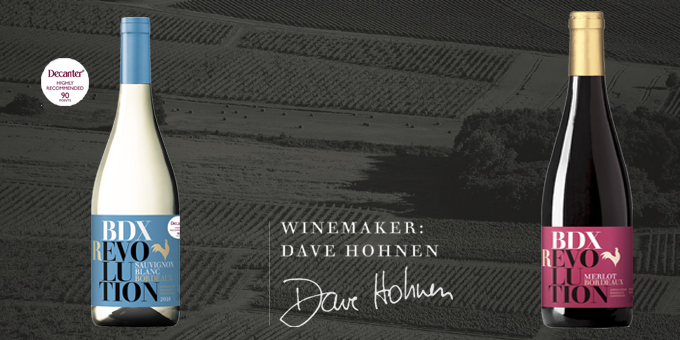 Bordeaux is one of the largest and most prestigious wine growing regions in the world. Vines were first planted in Bordeaux by the Romans, and the resulting wines have been exported to Britain since the 12th century. The region’s vineyards are composed of a limited number of red and white varieties, the result of centuries of discerning selection and improvements. Bordeaux now produces a large percentage of the world’s highest quality wine.

PARTNERING STRENGTHS AND INNOVATIONS OF FRENCH AND AUSTRALIAN WINAMAKING

Producta Vignobles of Bordeaux and Crackerjack Wines of Western Australia began an informal partnership in 2018. Our goal is to combine the strengths and innovations of French and Australian winemaking to create exciting new choices for consumers around the world.

We are working with one of our wineries, in the heart of the largest sub region of Bordeaux, the Entre-Deux-Mers. The landscape is defined by an elevated ridge of hills between the Garonne and Dordogne rivers, at their confluence in the Gironde estuary, 90 kilometres from the Atlantic Ocean.

Australian winemakers are in familiar territory in the vineyards of the Entre-Deux-Mers. The vines share the spacing, trellis and pruning systems almost similar to New Zealand and southern Australian vineyards. These systems ensure maximum sunlight exposure for leaves and berries, free air movement, and therefore a low risk of botrytis. Cropping levels are a modest seven tonnes per hectare. This concentrates aromatics and flavour.

By choosing to access the Producta Vignobles site, you certify that you are an adult and are aware of the regulations in force in your country relating to consulting Internet sites concerning alcoholic beverages.

I certify that I am an adult:

The abuse of alcohol is dangerous to health. Consume in moderation.